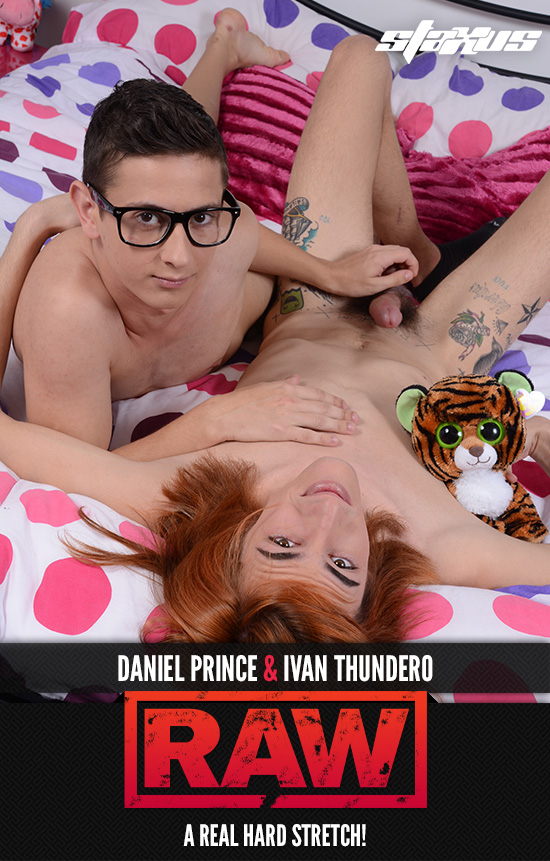 If thatâ€™s the case then itâ€™s a policy that will never fail to succeed, especially given that Prince is the kind of boy who canâ€™t ever hope to resist the temptation of a thick, beefy, uncut cock â€“ exactly the kind of beauty that Thundero has stuffed inside his trousers! Little surprise, therefore, that weâ€™re soon being entertained by the sight of Prince throwing his book aside so that he can concentrate on the meaty feast before him, which he undertakes with typical gusto and relish.

Not that Thundero himself is adverse to a little snack of sausage; but itâ€™s Prince who really has a hunger for dick, and itâ€™s no small wonder that heâ€™s soon parting his legs to accommodate his buddyâ€™s weapon in his butt-hole. Cue a fantastic display of au natural rutting that sees Princeâ€™s pucker stretched to the max in a succession of positions, and which not surprisingly is soon bringing both lads to the point of no return. The result is a sticky, breathless crescendo that will no doubt leave your own balls equally dry!

If you like this blog... please visit Best Male Blogs and rate us!