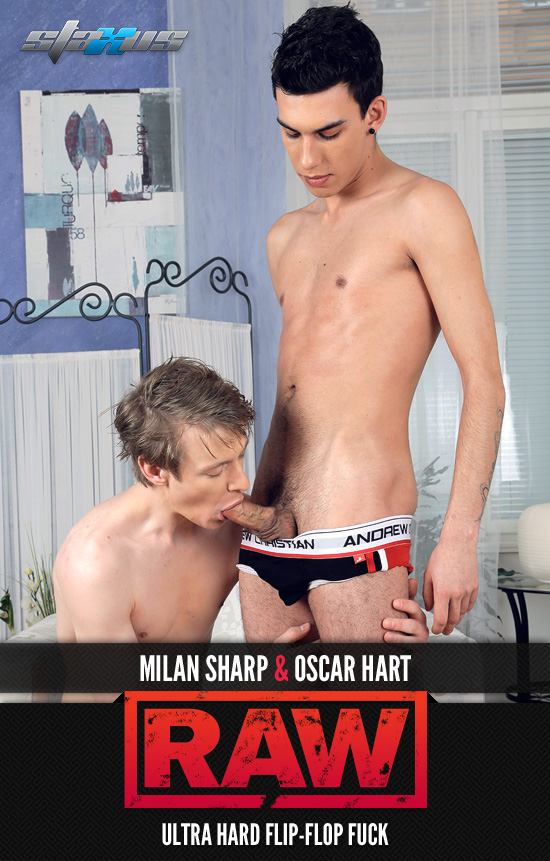 What can possibly be more enjoyable than spending a bit of quality time with a mate, hanging loose in your underwear and reading your favourite magazine together …? Well, clearly Milan Sharp and Oscar Hart have something in mind â€“ after all, their commitment to the written word is promptly abandoned once the opportunity comes to rip off each otherâ€™s pants!